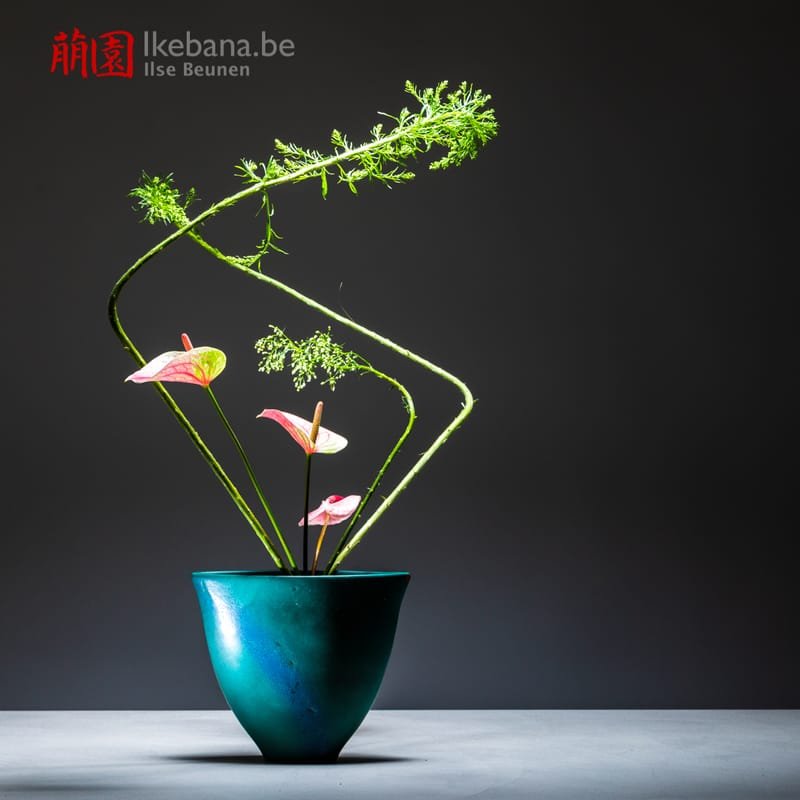 Ilse left Belgium in 1989, after graduating as a landscape architect.  She lived in Japan for 11 years. She became an apprentice of Suzuki Shigeichi (鈴木 重壱), a landscaping architect in Nagaoka. She learned the secrets of designing Japanese gardens and studied many aspects of Japanese culture, including Ikebana.


After moving to Yokohama in 1995, she studied under Crivelli Joko and obtained her Sogetsu teaching license in 4th grade in 1997. She returned to Belgium in 2000 and started her ikebana atelier.
Using social media, she is working hard to teach and increase awareness for Ikebana worldwide.
She received the 90th Anniversary Commemorative Overseas Akane Teshigahara Award.