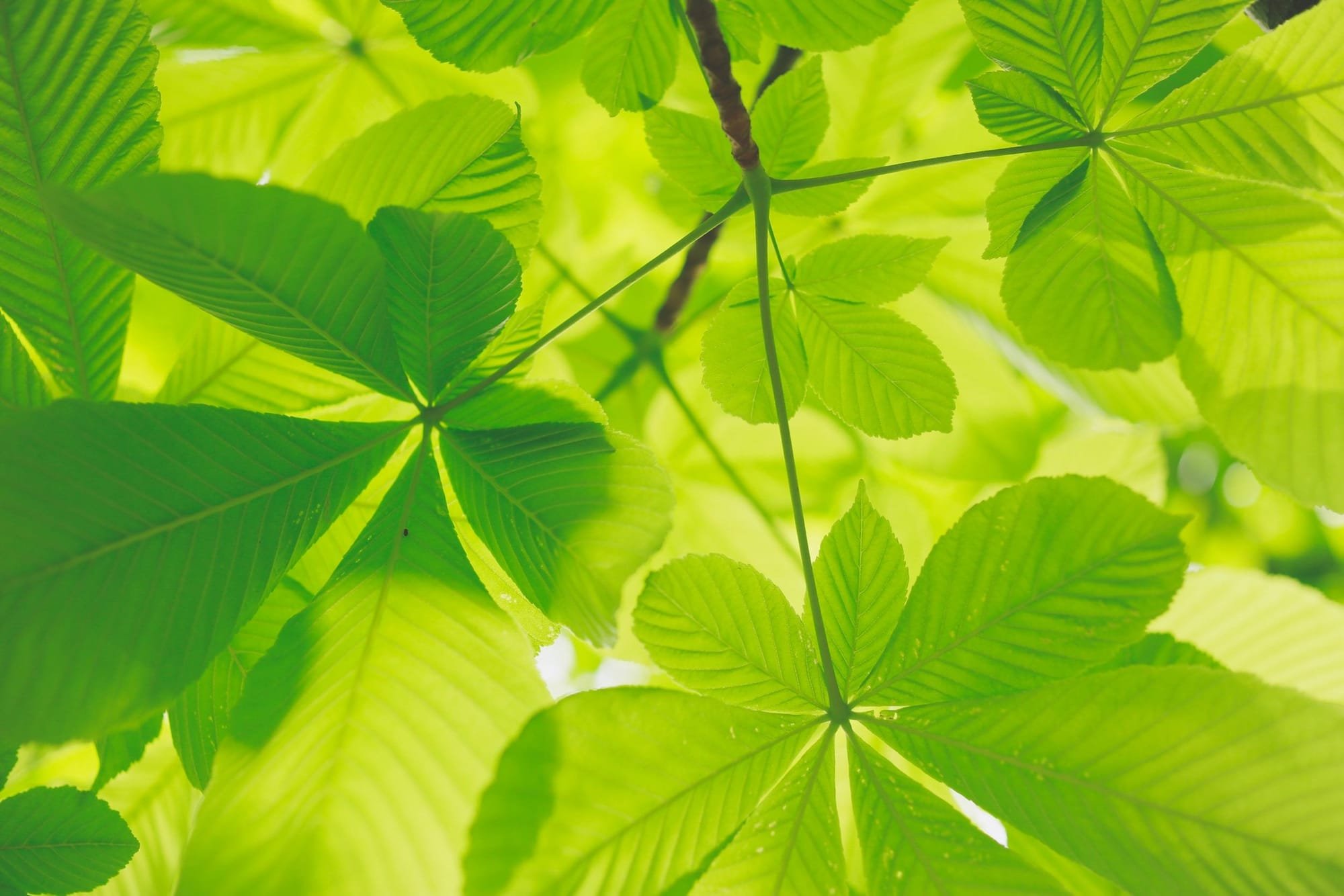 This short essay is not an attempt to rectify those misunderstandings on Ikebana. Neither is it a comprehensive bibliography on Ikebana. My aim, rather, is to present a basic reference point for future research on Ikebana. It also hopes to suggest areas for further research.

English language literature on Ikebana can be categorized into the following four groups: influential literature, guidebooks, collections of works, and research articles. Non-academic articles in newspapers and magazines will not be mentioned here unless necessary. Likewise, collections of works will not be mentioned, although some of them played important roles in enhancing the understanding of Ikebana in the West (e.g., Kawase, 1990; Sparnon, 1967; Teshigahara, 1996).

Influential literature here refers to historically significant literature that played an important role in establishing fundamental perceptions of Ikebana in the West. The most well-known among these are  Conder (1891/2004), Herrigel (1958/1979), Richie and Weatherby (1966) and Steere (1962/1972).

LaPenta (2004), who wrote an excellent preface to Conder (1891/2004), provides a sociocultural context and also discusses the significance of publication in the history of Ikebana. He points out that the first book of its kind in a European language, was published in the midst of the Japonism, a period of fascination with Japan in Europe and United States in the late nineteenth century. Although the focus was limited to the seika style of the Enshu school, Conder, a renowned architect in the history of Japanese architecture, presented the critical features of Ikebana and compared them with Western floral arrangements. He also tried to respect the depth of its artistry through his observation and insightful analysis. In particular, Conder focused on lineal distribution in Ikebana.

An analysis of Japanese flower arrangements shows that the lines or directions taken by the different stems or branches form the basis of all compositions. While European floral decorations are merely combinations of masses of colour, in which blossoms and leaves alone play a part, those of Japan are synthetic designs in line, in which every individual stem, flower, and leaf stands out distinctly silhouetted. (Conder, 2004, p.80)

LaPenta also noted that Conder set a pattern that would be imitated in most future works on Ikebana. This pattern consists of definition, social or geographical descriptions of Japan as background for Ikebana, history, basic design principles, how-to section, and chapters on tools, containers and techniques. Most Ikebana related books followed this pattern, but numerous guidebooks follow a more simplified version most likely established by Richie and Weatherby (Eds.)(1966). This will be discussed below, but in short, the crucial components of these guidebooks are both theoretical aspects including the history and the basic concepts, and the practical aspects.

Herrigel studied Ikebana while her husband, Eugen Herrigel (1884-1955), taught philosophy at Tohoku University in Japan from 1924 to 1929. In Herrigel (1958/1979), she described in detail her learning experiences of Ikebana. A distinctive feature of the book is that as its title, Zen in the art of flower arrangement, suggests she regards Ikebana in the same light as spiritual training, and specifically in a Zen context.

This is particularly true of the arts of the Far East, whether it be flower arrangement, painting, archery, or whatever else. For they all presuppose not only artistic endowment, but a spiritual attitude, acquired through many years of practice in concentration, which enables the pupil to experience that on which everything depends: the essentially inexpressible, the Absolute, the ‘spirit’ itself. (Herrigel, 1979, p. 44)

This view is comparable to Daisetz Suzuki’s (1870-1966) claim—Suzuki also wrote the foreword for Herrigel’s book—that the Japanese turn various art forms into an opportunity for spiritual enhancement. Regarding the training in swordplay and Zen, Suzuki (1959) states as follow.

...we can readily see how closely the training in the art approaches that in Zen. Learning of the technique corresponds to an intellectual apprehension in Zen of its philosophy, and in both Zen and swordplay a proficiency in this does not cover the whole ground of the discipline. Both require us to come to the attainment of ultimate reality, which is the Emptiness or the Absolute. (Suzuki, 1959, p.153)

While Suzuki was careful not to identify art with Zen, Herrigel’s book on a Japanese art form was probably received as another text contributing to the significant growth in the popularity of Zen in America and Europe from the 1950s to the 1970s, in which Suzuki played the most significant role.

Although Suzuki’s outstanding contribution to deepening an international understanding of Japanese culture is undeniable, it is possible to question whether interpreting Ikebana as a form of spiritual training that adheres to Suzuki’s definition of Zen may not be too narrow. At the same time, however, the idea of Ikebana as a spiritual training is still current (Campbell, 2006; Carter, 2008, Davey, 2007), and continues to stimulate research in its effect on specific aspects— well-being, for example—as will be seen in the section on academic literature.

Richie and Weatherby (1966) is a unique book with impressive folio size presentation and renowned contributors. The publisher’s acknowledgement starts with the following statement, “Our aim has been to produce, for the Western reader, an authoritative guide to Japanese flower arrangement in all its many aspects — practical, historical, philosophical, aesthetic, visual and sheerly pleasurable.” Richie’s background essay is followed by detailed lessons by the three pre-eminent masters at that time, Sen’ei Ikenobo, Houn Ohara and Sofu Teshigahara. Each master gives step-by-step instructions to create five or so basic styles. These lessons would be helpful even for beginners. The book also has a section on basic techniques and a short bibliography.

A project involving such distinguished practitioners raises questions surrounding the socio-cultural context under which this book was published. It is doubtful this was a chance decision by a single publisher or editor. It is true that Ikebana became a very popular leisure activity for young women around this time, but Ogoura’s (2012) analysis of Japan’s cultural diplomacy presents a more important clue to the background of the book’s appearance. He pointed out that during the 1950s and early 1960s, Japanese cultural diplomacy aimed to transform the pre-war image of Japan as a militaristic country into a new one as a peaceful democracy. In promoting Japanese culture overseas, the Japanese government emphasized traditions such as the tea ceremony and Ikebana “with the intention that they would convey Japan’s serene, peace-loving nature to the rest of the world” (Ogoura, 2012, p. 25). Haru Reischauer’s statement in her foreword, “Flowers are probably more important to the Japanese than to any other people” should be interpreted primarily as an image that the Japanese wanted to project to the world at that time.

In terms of content, Steere (Ed.)(1962/1972) is highly similar to Richie and Weatherby (Eds.)(1966), but is far more accessible for the general public with a standard hard cover presentation. While the former was published in London, the latter, a sumptuous authoritative guidebook to Ikebana, was for sale only in Japan and the Far East, but not available in the US, the UK, or in Canada.

The book opens with the chapter, “The History of Ikebana” by Minobu Ohi, followed by Ikebana lesson by the same three masters. Compared to Richie and Weatherby (Eds.)(1966), the lesson are more comprehensive, but more advanced as each master provides detailed descriptions of their respective school style. The Ikenobo chapter, for instance, even includes an unusual discussion of the pre-modern rikka style. Only the modern rikka was included in Richie and Weatherby (Eds.)(1966).

The contribution by Ohi, a well-regarded Ikebana scholar, distinguishes this book. Her history of Ikebana based on historical records is an obligatory starting point for any Ikebana researcher. As mentioned before, many books on Ikebana include a section on the history of Ikebana, academic investigation of it has been largely ignored, even in Japan, which makes Ohi’s work exceptional despite its dated content. Short essays by Yoshimizu (2010a, 2010b) also provide a concise history of Ikebana. Singer (1994) is also useful for overview of contemporary Ikebana.

A limited number of academic disciplines have investigated Ikebana. The most fascinating work is found in recent studies that examine the effect of Ikebana on individuals. While the psychologically positive or healing effects of Ikebana have been advocated widely (Law, 2002; Relnick, 2007; Shimbo, 2008, 2009; Yoshida, 2004), very little empirical research exists in this area.

Sasaki, Oizumi, Homma, Masaoka, Iijima, and Homma (2011) investigated the effect of viewing photo images of Ikebana works on breathing, and suggest that viewing high quality examples of Ikebana may facilitate relaxation for those who have high anxiety. Nevertheless, due to their ambitious research design involving numerous variables combined with the obvious limitation in sampling, their findings regarding correlation between trait anxiety and respiratory rate need to be interpreted with caution.

Watters, Pearce, Backman, and Suto (2013) provided an important perspective with research on the psychological effects of Ikebana. Applying a descriptive phenomenological approach, this study investigated the concepts of personal meaning and occupational engagement in the Ikebana experience. The data was gathered through one semi-structured interview with each of the nine participants. The participants were experienced practitioners with an average of fourteen years of Ikebana practice. The data analysis identified three themes: 1) Ikebana as an avenue to richer life, 2) transformation of the self through Ikebana, and 3) Ikebana supports harmony in life. The study revealed not only that Ikebana can enhance the practitioners’ sense of well-being, but also identified a reciprocal relationship among meaning, engagement and well-being.

As the researchers acknowledged, their findings may not be generalizable beyond the participants in this study, highly involved female practitioners from a similar social class in Vancouver, Canada. Their findings are nonetheless credible due to their meticulous methodology. Their suggestions for future studies are equally noteworthy. They propose that future studies investigate the context of practice and culture, and also explore the meaning and experience of people with less Ikebana experience. The former suggestion could include comparative studies in other socio-cultural settings. The latter shows promise for the construction of  a developmental model for the Ikebana experience. Such studies may be comparable to personal developmental models in other fields, and will illuminate the analysis of the high attrition rates of Ikebana overseas.

Other notable approaches in academic investigation of Ikebana include aesthetic approaches (Kim, 2004; Minowa, 2005; Nishitani, 1995; Wheeler, 2003), and sociological or anthropological approaches that often scrutinise the social integration function of Ikebana (Dusselier, 2005). Scholars in cultural studies or related fields may find worthy case studies in Ikebana for their own work in cultural appropriation or cultural globalization (Shimbo, 2013a, 2013b; Wilson, 2001).

This survey has shown the existence of historically significant and high quality literature on Ikebana in English language. Although scarce in number, they have been published in specific and fascinating socio-cultural contexts in which Japanese culture was the object of attention in the international community. This essay has also shown that Ikebana provides a fertile ground for investigation in various academic disciplines. Clearly more research is needed to enhance the understanding of Ikebana and its potential benefits for the larger population.

I would like to thank Dr Philip Flavin (Osaka University of Economics and Law) and Dr Lucy Knox (La Trobe University) for their proofreading and expert advice on the draft of this essay. I would also like to thank Julie Shimbo for her encouragement and support during the editorial process.

LaPenta, J. (2004). Josiah Conder and the invention of ikebana. In J. Conder, The flowers of Japan and the art of floral arrangement (pp. 10-15). Tokyo: Kodansha International.

Wilson, H. (2001). The practice and meaning of bonsai, ikebana, and tea in Montreal and      abroad: A case study of the process of cultural globalization (Unpublished MA thesis). Concordia University, Montreal, Canada.